I normally include resources and events/opportunities as part of the news roundup posts, but I’ve come across so much great stuff lately that I thought it makes sense to highlight these in a standalone post. As always, I hope you find something useful. And, feel free to use comments to let me know if I missed anything.

ProPublica Civil Rights Resources – As you may have seen, ProPublica recently reported that the DeVos DOE has  “scuttled more than 1,200 civil rights probes inherited from Obama.” Consistent with the DOJ under Jeff Sessions, the DOE has walked away from its role as a defender of civil rights. I don’t have space to summarize the full story, but here’s a key excerpt:

ProPublica is stepping in here to provide more transparency and public accountability on this. Here are the associated resources: 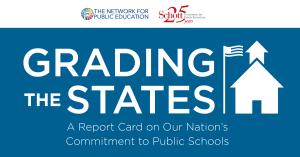 Equity Toolkits/Frameworks – These are educational resources for the topics listed here and everything can be downloaded for free at each highlighted website.

Events/Opportunities – In the interest of space, here are just a few that I found interesting. I recommend checking the NCSD conference website for a more complete list of events.